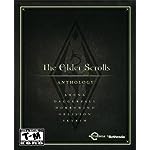 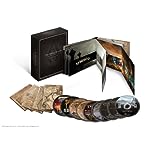 Arena: The Anthology features the original version of Arena and will launch within a DOS emulator.
Daggerfall: The ancient golem Numidium, a powerful weapon once used to unify Tamriel has once again been unearthed. The Anthology features the original version of Daggerfall and will launch within a DOS emulator.
Morrowind: To fulfill an ancient prophecy, the Emperor sends you, to the island of Vvardenfell to rid the land of Morrowind of a dark curse. Also includes: Tribunal and Bloodmoon add-ons, plus The Elder Scrolls Construction Set.
Oblivion: With the Empire ready to crumble, the gates of Oblivion open and demons march upon the land. In the shadow of evil, a hero will rise from the ashes of a fallen Empire. Also includes: Knights of the Nine and Shivering Isles expansions.
Skyrim: Dragons, long lost to the passages of the Elder Scrolls, have returned to Tamriel. Also includes: Dawnguard, Hearthfire, and Dragonborn add-ons.

There are no reviews yet.